A few months ago I decided to stop getting lash extensions done all the time. This was mainly due to financial reasons not because I don’t love them 😛

But ever since I stopped, my lashes have have looked so short and stubby and something needed to be done. I’ve used lash serums in the past (I used to use the ‘Eye Envy’ brand) so I knew they worked but I wanted to try something new *and less expensive LOL. This serum is around $65.00 CAD give or take.

Milk Makeup came out with their own version of a lash and brow growth serum called the ‘KUSH Growhouse™ Lash + Brow Serum’. It has cannabis extracts in it, so it’s definitely hopping on the cannabis train in terms of skincare (so many products these days say they use cannabis as a marketing strategy ever since it became legal). It’s unclear whether cannabis extracts actually do anything for your skin or if it’s just a marketing tool, but it still worked on me haha.

I’ve been using this serum for a little over a month now, both morning and night if I can remember. And I have to say that this shit WORKS! It’s a little on the thicker side in terms of consistency but it doesn’t burn my eyes like other lash serums have in the past! I’ve noticed a significant growth in just one month, and even my boyfriend has noticed without me having to say anything! So if a straight male has noticed the difference, clearly it’s working LOL. 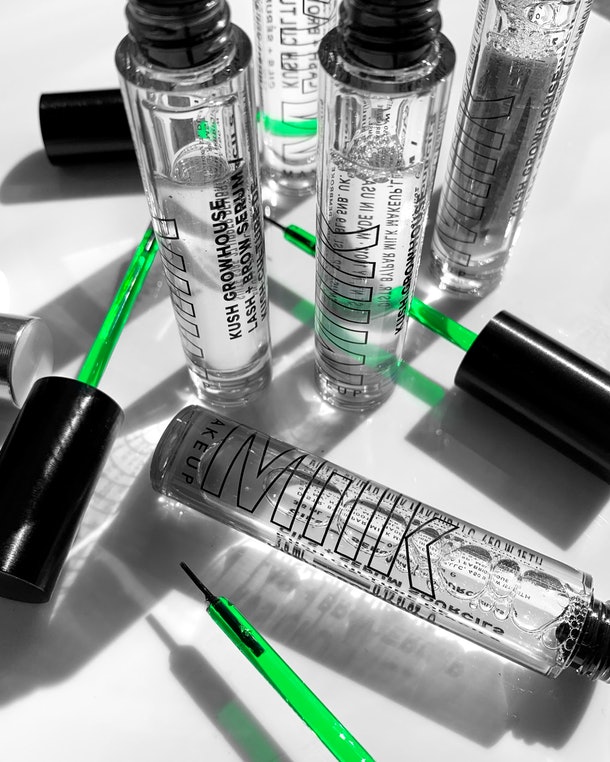 This stuff has saved my lashes and I really recommend it as a less expensive alternative to other lash serums, because it works just the same!

That’s all I have for now 🙂